In this day and age, almost nothing on the internet is new. Most of the things we read or come across surely come from archetypes of the geniuses or pioneers of the olden times (or early past, for some).

Citing their works can be a form of homage, a way of giving honor to the dead and the undead. The reason why Anatole France probably encouraged by saying, “When a thing has been said and said well, have no scruple. Take it and copy it.” He knew damn well that it is an imminent possibility that his works and words will be ‘copied’ even long after he’s gone.

But plagiarism is a totally different thing, they say. Microsoft Encarta Reference Library 2004 refers to it as ‘stealing’, ‘taking somebody else’s idea’, and ‘trying to pass it off as original’. Harsh, isn’t it?

Yes to some who had innocently written a phrase or phrases similar to, or at times, exactly alike, another individual’s line of thoughts, or creative work. This is one of those arguments I had in a blog post I wrote in 2005, where I gave emphasis to the idea – What if somebody has the same track of ideas and (his/her work) was expressed with the same number of words and phrases and unknowingly wrote them?

It was the same Microsoft Encarta Reference Library 2004 that outlined unintentional plagiarism (in the topic Memory/psychology) stating ‘people can copy the ideas of others without being aware they are doing so’. But how are we to gauge intention? A deliberate act is almost akin to a careless act.

A writer, or an artist, or a photographer, in his conscious being, is aware of plagiarism, but totally forget about the rule, being clumsy and all. What measure needs to be employed to fairly distinguish it from a fraudulent, deliberate act?

Currently, with technology, there are already available plagiarism detectors. These tools, unfortunately, do not provide foolproof detection. What these detectors do is to find sections of texts which are duplicate of another in their file, very much like how search engines do. They cannot detect if someone just copied the idea and expressed differently in another form, or they are just categorized as coincidences because they are common phrases or an attribution.

Weird, isn’t it? Not really, because plagiarism detectors are just machines, and because they are, human intervention is needed to establish that an act of plagiarizing is done, or is being done.

The internet offers a number of insights on how to avoid plagiarism. Just type ‘how to avoid plagiarism’, or ‘avoiding plagiarism’, etc., and voila, you will find what you are looking for. Very important, among these pieces of writing, is attribution, or giving credit to another writer, or originator of an idea. The art of paraphrasing is also a skill one has to achieve. It is not just changing a word, but expressing a content differently keeping the whole idea intact. Attribution is still needed, though.

To writers making a comeback, it is important that you refresh your knowledge first about plagiarism.   Here are more tips:

This site uses Akismet to reduce spam. Learn how your comment data is processed. 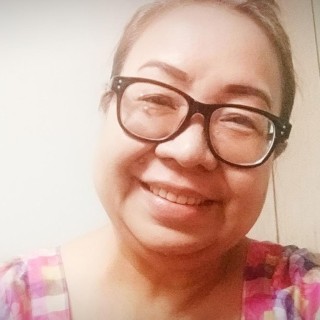 "None of us is as smart as all of us," says Ken Blanchard. Like Mr. Blanchard, I believe that we cannot survive alone. We are social beings. In everything we do, we need others for help and to help. In this light, I am here to offer my service as a content writer, to play a part in growing your business. Let’s create a spark together! I am fondly called Bing (for short) by many. You can call me by this name, too. I am sure we’ll have a beautiful friendship while we make it easy for our audience to perceive and understand our business ideas.

What Not to Do When Blogging

Words You Don’t Want to Forget When Writing Content

Dear Client, You to Me are Everything

Content Writing Ideas: Do You Generate It Easy or Hard?